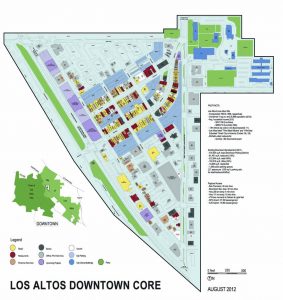 George Washington said, “The preservation of the sacred fire of liberty, and the destiny of the Republican model of government, are justly considered as deeply, perhaps as finally staked, on the experiment entrusted to the hands of the American people.”

Since May of 2011, many concerned Los Altans have been gathering in vacant retail spaces in downtown Los Altos to experiment with ways to collaborate and improve the community – a local effort to advance the American experiment in democracy, if you will.

The group, which named itself Los Altos Forward late last year, is making a difference in our community:

The fun, constructive sharing of ideas and the turnout of people who want to improve Los Altos has been overwhelming. Los Altos Forward meets the first and third Tuesday of each month to advance ideas on how to increase the vibrancy of downtown Los Altos.

Alexis De Tocqueville wrote in Democracy in America, “Americans of all ages, conditions, and all dispositions constantly unite together…. In democratic countries, the knowledge of how to form associations is the mother of all knowledge since the success of all the others depends on it.”

We invite you to join this local contribution to the American experiment in democracy – an experiment in how Los Altans can effectively form associations to collaborate to improve the community.  All members of the community are welcome.  For information about upcoming gatherings, send an email to info@LosAltosForward.org.